Finally, taking a long needed break. Heading out to Las Vegas with my wife this morning. Sitting at a bar at Newark Airport, getting my wife semi-drunk. She is not a good flier. I’ll keeping posting pictures while I am out in Vegas. 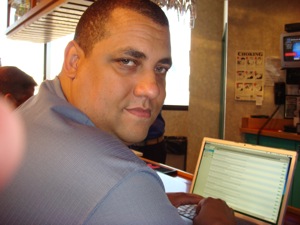 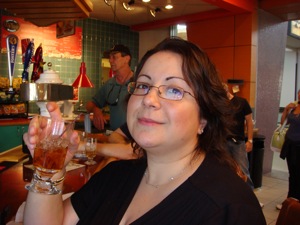 Well, I quickly grabbed a iPhone once it was hackable to allow other networks to operate on it beside AT&T. I have several phones on my plan with T-Mobile and I was not about to get another carrier just for one phone. I would assume Apple is seeing a surge in iPhone sales after the hack became public. I figured they would have to walk a tightrope between keeping customers happy and making AT&T happy since they gave up a lot to be the sole carrier for 5 years. Today Steve Jobs publicly announced that Apple would try and thwart hackers from unlocking the iPhone. I guess they would do this with firmware updates. Let see how aggressive they will be at blocking hackers or whether this was a statement to appease AT&T. So if you are like me, I would avoid any firmware upgrades until the community confirms that it doesn’t make your phone unusable on other carrier networks. There is a link to the full story below.

Free GUI Hack For iPhone Out

Please bear with me while I retool the site. I got tired of looking at the same template and decided to change it. Another reason for the change was because Safari and Flock were both rendering the page differently and incorrectly. I should have everything done by the end of the weekend.

It took some time for me to get this long overdue post out. The move went smooth and the servers are now sitting in their new home and new cabinets. There were a million little things that needed to get worked out and that chewed up a lot of my time over the next couple of weeks. I wore my body out over those two weeks, so much so that I came down with a cold and then finally a sinus infection from it. I am taking some antibiotics now for it as well as some other medications to keep it under control and keep me functional. Below are some pics from the job, both of which will take you to the Flickr gallery for the job. 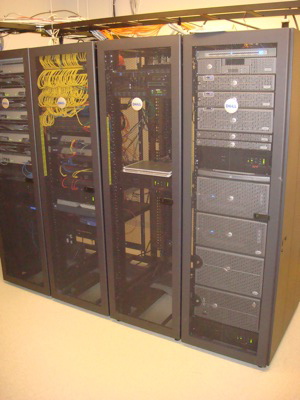