Another flaw found in the newly released Microsoft Internet Explorer 7. Don’t you just love how the general public has unwittingly become beta testers. I guess you really can’t blame them that much, there is always going to be some type of security hole in any application designed, nothing is 100% secure. I’d love to run into one of these idiots that design the malicious code, I had have a few.. Let me not get into that, it might come back to haunt me durng my murder trial. LOL

Security researchers on Monday warned of a vulnerability in Internet Explorer 7 that could allow malicious attackers to alter content in a legitimate Web site’s pop-up window. The browser flaw could affect users who visit a trusted site by opening a pop-up window in that site but containing malicious code. This is the second IE 7 flaw that has been discovered since Microsoft released the browser two weeks ago. Last week, a security flaw was discovered in IE 7 that could spoof the address of a pop-up window.

One thing I learned well last new console role out was that I would never wait in line for 20hrs again. Yeah that’s right I stood in line for 20 cold rainy hours to snag a new Xbox360 when it was released. While it made for an interesting evening and wild story, I swore to myself that I would never go through that again. My brother on the other hand living in Venice Beach, California was smart enough to be chummy with his local GameStop manager and pre-order his when it was first available. So as he laughed via his cell phone at me while he was walking to pickup his unit in leisure during the midnight store opening I was getting drenched. This time around I made my way to my local GameStop to pre-order knowing of the impending shortages this season for the Playstation3 and the Wii. To my amazement both times I got there 2 hours before opening and was number 2 in line for the Playstation3 and number 10 for the Wii. It was my luck that both these days were normal school/business days so the majority of people could not participate in the pre-order mania. God, I love being self employed! I guess after the PS3s started selling on EBay for $2000 and Sony started sidestepping it’s early comments on the number of units available by year’s end that everyone realized that they better do what they could to grab a their guaranteed units before they would have to do the overnight campout or worse yet several day campout. I will be at the great campout marathon if only for a mere couple of minutes so I can snap pictures of the insanity. My heart goes out to those poor souls that think they have a chance come November 17th if they don’t have a pre-order.

For all of you that are running WordPress, go visit their site and download the latest version of the software.

It’s new release time. The latest in our venerable 2.0 series, which now counts over 1.2 million downloads, is available for download immediately, and we suggest everyone upgrade as this includes security fixes. We’re breaking the tradition of naming releases after jazz musicians to congratulate Ryan Boren on his new son (and first WP baby) Ronan.

Now why is it that Japan gets all the cool should have technology that we should have here? This is a definite needed technology needed in the States.

TOKYO – A new mobile phone in Japan takes security pretty seriously: It can recognize its owner, automatically locks when the person gets too far away from it and can be found via satellite navigation if it goes missing. 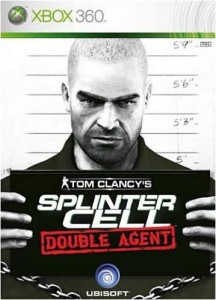 Well I just got back from my doctor’s visit and it seems I just can’t win. Deep inside my belly button is a wound that hasn’t closed. So now my wife has to pour Hydrogen Peroxide into my belly button and clean it out with Q-Tips twice a day. This will go on for a couple of weeks until he heals and closes up. Im telling you I just can’t get a head of the game, by the way did I mention I got rear ended yesterday.

Looks like I will be paying a visit to the surgeon that performed my operation. I had this funky feeling before like I was overly bloated and then a little later I realized that my belly button burst again. It is not as bad as it was before, no blood but there is that smelly crud. Just my luck!