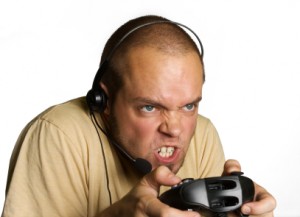 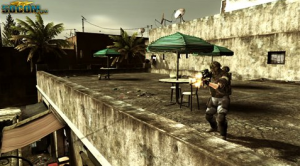 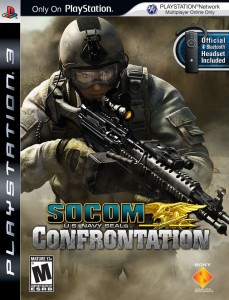 I started playing Socom: U.S. Navy Seals Confrontation a couple of days ago. I have to tell you this is the first title I have really enjoyed playing on the PS3. I was pretty bent out of shape with my PlayStation 3 just sitting there collecting dust ever since I purchased it at launch. I would play a game here and there but never really enjoyed the games, game play or the funky controller. I even prefer this over Call of Duty 4 my all time favorite title on the Xbox 360.

We’ll today I picked up my second game I felt worthy enough to play on a PS3, MotorStorm. I have always had a problem with the titles available for the PS3 and my biggest gripe was with the online playability of their titles. What I mean by that is that it is impossible to follow your friends around by what they are currently playing, unless you are playing the same title and have your friend listed in your buddy list for that particular game. Sony’s lack of a global friends list, as is available in Microsoft’s Xbox live is what has crippled the unit. I also thought this is what would put the final nail in Sony’s PS3s coffin.
A couple of days ago Kotaku broke a story regarding a rumor about Sony’s soon to be announced ‘Home’ service. The story soon had them him hot water with Sony, who eventuality blackballed the site. Sony reversed its stance shortly after the quite public and loud outcry for its strong arming of a news outlet. At today’s Game Developer Conference, Sony announced the ‘Home’ service. Below is the demo video of the service as well as a link to the Joystiq article describing the service and it’s availability. END_OF_DOCUMENT_TOKEN_TO_BE_REPLACED

Wow, I never thought I would have received the attention I did for the PS3 rant that I wrote. I basically wrote it to vent my frustration I was having with my new PS3. Kotaku picked up my rant because they were having similar problems. From there it was picked up by a couple of other sites and then someone submitted it to Digg. It went front page on Digg in about an hour and then all hell broke loose. I was getting about 100 unique visitors every minute or so. After all was said and done I had over 50,000 hits to my site. I have heard a lot about the Digg effect taking down sites. I have to thank 1and1.com, which is my hosting company. My site never buckled under the strain of the quick increased traffic.

For those that commented on Digg about the story. I am in no means a Microsoft fan-boy. I just call it like I see it. I own all three systems the Xbox360, PS3 and the Wii. The 360 thus far is my favorite and the Wii is a blast to play. Rayman: Raving Rabbids is by far my favorite thus far on the Wii console.

The one thing that looked odd with some of the comments were as if they were made by people on the Sony payroll, trying to do some damage control. Then there were those that were definite PS3 fan-boys. No matter what was written in the press or how bad a personal experience they had with the PS3, they were able to come up with some illogical reason why it was great. For example:

Exactly .. that stuff is enough to warrant it’s first year of existence without any good games.

Everyone has their own loyalties to certain manufacturers and that is fine. I was just voicing my opinions on my personal experience wit the PS3. To quote Dennis Miller “That’s just my opinion, I could be wrong!” 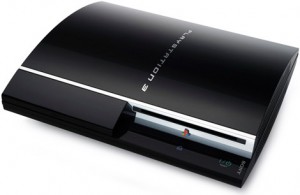 END_OF_DOCUMENT_TOKEN_TO_BE_REPLACED

Well we have seven days left before some of the chosen are graced with their new PS3s. I know I will be one of them perplexed with placing my unit on EBay or playing it. I will probably choose the later. It seems that all that good weather in California makes people crazy, it seems as of yesterday several people started a line at a Burbank, CA Best Buy store for the PS3 release. Kotaku has a picture of the super hardcore gamers / campers at that location. That just ruins it for everyone else that planned on waiting overnight for the unit. It only take one nut to force everyone else to call in sick for the week so they can stand in line behind him. Hopefully the campers have some sort WiFi available, this way they read the full PS3 manual that sony just posted while they wait and wait and wait and wait…

One thing I learned well last new console role out was that I would never wait in line for 20hrs again. Yeah that’s right I stood in line for 20 cold rainy hours to snag a new Xbox360 when it was released. While it made for an interesting evening and wild story, I swore to myself that I would never go through that again. My brother on the other hand living in Venice Beach, California was smart enough to be chummy with his local GameStop manager and pre-order his when it was first available. So as he laughed via his cell phone at me while he was walking to pickup his unit in leisure during the midnight store opening I was getting drenched. This time around I made my way to my local GameStop to pre-order knowing of the impending shortages this season for the Playstation3 and the Wii. To my amazement both times I got there 2 hours before opening and was number 2 in line for the Playstation3 and number 10 for the Wii. It was my luck that both these days were normal school/business days so the majority of people could not participate in the pre-order mania. God, I love being self employed! I guess after the PS3s started selling on EBay for $2000 and Sony started sidestepping it’s early comments on the number of units available by year’s end that everyone realized that they better do what they could to grab a their guaranteed units before they would have to do the overnight campout or worse yet several day campout. I will be at the great campout marathon if only for a mere couple of minutes so I can snap pictures of the insanity. My heart goes out to those poor souls that think they have a chance come November 17th if they don’t have a pre-order.